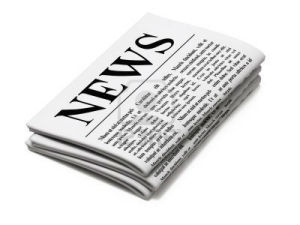 In the UK, almost £1bn of luxury property has changed hands or been the subject of "serious offers" in the past seven days – and that’s just the deals the agents - usually a discreet crowd - are talking about.

Giles Hannah, co-head of residential at Christie's International, said: “Ultra high networth families from around the world were waiting for the election and very concerned by the political outcome.

“Now they see London as the number one spot in the world to invest and live in. Just a few hours after the result had become obvious I was flooded with enquiries to buy here.”

Elsewhere in the country, the trade in £1m-plus houses took off, driven as much by sentiment the lifting of the threat of a mansion tax.

After a decade of rapid price growth - punctuated by a brief dip during the financial crisis of 2008 – the luxury property market finally slowed in the second half of 2014, thanks in part to the uncertainty surrounding the election.

Vendors took their homes off the market until after the vote and many family townhouses and penthouse apartments were rented instead of sold.

Buyers carried on window shopping but refused to commit, worried that a Labour-led government would limpose an annual mansion tax on homes worth more than £2m.

Only last week a report from Lonres - the London property research company - found that nearly 40pc of townhouses, apartments and mansions on the market in the affluent core of the capital were sold below their advertised price in the first three months of this year.

Luxury sales in London, one of the leading global cities, dropped 1pc in 2014 according to a report by the property group and auctioneers, Christie’s, and those increasingly desperate vendors committed to selling, started to slash their prices, right up to election night.

© 2018 Property Plus Lettings. All rights reserved. / Estate agency websites by

Your Valuation in the region of...

Whilst this instant valuation provides a guideline, your local Property Plus property expert will be in touch to provide a more accurate valuation taking into account improvements to your property, the local market and more.

Recently sold in the area

These properties near you were sold recently.